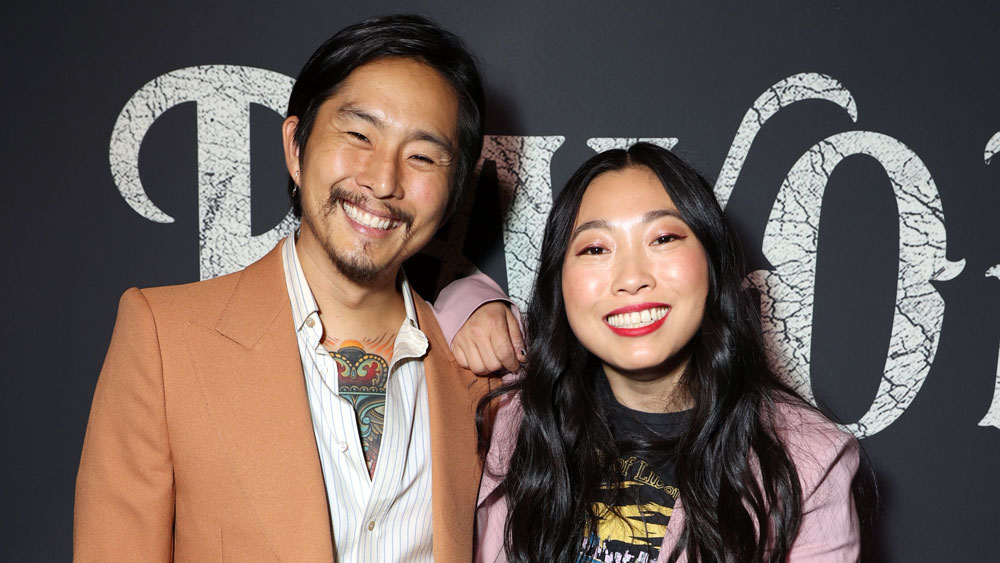 
A who’s who of a number of the most well-known faces among the many Hollywood’s Asian diaspora turned out to assist author, director and actor Justin Chon on the Los Angeles premiere of his buzzed-about new movie “Blue Bayou,” together with Awkwafina, Benedict Wong, Jimmy O. Yang, Harry Shum, Jr., Manny Jacinto and George Takei.

Chong informed Variety he was moved to craft the story — through which he stars as an Asian-American adoptee who’s lived the majority of his life in a small Louisiana city and immediately finds himself dealing with the terrifying prospect of an unjust deportation — after listening to of actual adoptees dealing with equally jarring circumstances.

“I started hearing through the adopted community that this issue is taking place, where adoptees who were brought here as young children and were now adults, getting deported after they were adopted by U.S, citizens,” stated Chon, who headlines the movie reverse Alicia Vikander. “It just really absolutely made no sense to me, so I thought it was a very important issue, very important issue to shine a light on.”

“I was really hoping to put as much effort into doing the adoptee experience some justice, make sure that they that they felt like in some way I authentically portrayed their experiences in this country, specifically adoptees who are getting deported,” he added. “That was what was very important to me.”

“Blue Bayou” made a major affect on audiences on the Cannes Film Festival, and Chon, whose earlier movies “Man Up” and “Gook” pushed ahead cinematic storytelling with Asian characters entrance and heart, stated he’s hopeful in regards to the state of inclusion in movie at this time.

“There’s been some really positive change,” he stated. “I do think we have some more, a lot of work to do. But I think it’s, it’s a good time. I think that the fact that a film like this is coming out is very encouraging. And we’ve got to continue to tell our stories.”

Wong, who reprised his Marvel Cinematic Universe position because the sorcerer Wong within the lately minted blockbuster “Shang-Chi and the Legend of the Ten Rings,” stated he’s happy to see movies of all funds ranges that includes Asian leads getting in entrance of audiences.

“Most of these projects are all kind of founded for the ‘lack of,’ really, and then people are just getting up and kind of going, ‘We are having to tell our stories,’ as opposed to ‘Wait’ — there is no waiting. It’s in the doing,” stated Wong, expressing hope that “Shang-Chi” stood tall as proof of the urge for food for inclusive storytelling.

“We’re in our second week and it’s number one, and I love what this impact has made – this swell of Asian pride rippling across the world is much needed,” he stated. “I recently saw a little kid holding aloft the figure of Shang-Chi. And for a kid [like myself] that didn’t really have any sort of, kind of Asian heroes to grow up to…to experience that is change itself, and that is welcomed.”

Asked if he’d began to really feel his personal sense of belonging in Hollywood, Chon mused for a second. “That’s a very tough question. I do feel now that I have rights to tell my stories. Hollywood, I think, is maybe slowly starting to come around, and it’s a good feeling that they’re acknowledging some of my work, but I’m very excited for what’s to come and the opportunity to tell more of my community stories.”